Posted on September 28, 2009 by litbirthdays

Excerpt from the Preface to Deledda’s novel The Mother:

Madame Deledda is a Sardinian by birth and parentage. She was born at Nuoro, the little inland town that figures so often in her books, and there she spent her first youth amongst the shepherds and peasants and small landed proprietors such as live again in her pages. On her marriage to a young Lombard she left Sardinia and went with her husband to Rome, where she still lives and works, with the steadfast aim of yet further perfecting herself in her art.

As may be expected, the action of her numerous novels takes place principally in her native island of Sardinia, with its wild and rugged background of mountain, rock, and wide tracts of thicket and shrub. The people of Sardinia, chiefly shepherds, agriculturists, and fishermen, differ considerably from those of the mainland, and a graver and less vivacious demeanour than most other Italians, a strict sense of honour, and hospitality regarded as an actual duty, makes them more resemble the ancient Spanish race with which indeed they are probably distantly akin.

Nowhere, perhaps, has Grazia Deledda better portrayed this mingling of inbred superstition with Church-directed religion than in The Mother. Here the scene is laid in the remote and only half civilized hill village of Aar, and while the action of the story is dramatic and swift (it takes place all within the space of two days), the chief interest lies in the psychological study of the two principal characters, and the actual drama is so interwoven with the mental conflict, so developed by outward circumstances, that it is almost Greek in its simple and inevitable tragedy.

Read about the novel La Madre in this 2006 blog post (in Italian):
http://letture-e-riletture.blogspot.com/search?q=deledda

Read this article by Carlos Fuentes about Don Quixote being the first modern novel:
http://www.nytimes.com/2003/11/02/books/tilt.html

You are so weak. Give up to grace.

The ocean takes care of each wave

Til it gets to shore.

You need more help than you know.

Listen, while the lute doth play;
Knowest thou what it would say?
‘Hither, hither come with me,
I will show the road to thee.

‘Erring, erring, thou must come
To be brought at last to home;
Seeking, seeking thou must wind
Till the answer thou shalt find.

Read more about Rumi, including poetry (English and Farsi) here:

Excerpt from Keeping Faith: Memoirs of a President

Begin and I walked together from Holly to Aspen, arriving at the front door of my cottage just in time to greet President Sadat. I led the way down the hall to the study and sat behind the desk. They took the other two chairs, facing each other across the desk as before. At the very beginning, I decided to withdraw from the discussion between Begin and Sadat. I wanted them to address each other directly. While they talked, I took notes without looking up, and they soon refrained from talking to me or attempting to seek my opinion.

…They continued their discussion of territory, with Sadat accusing Begin of being interested primarily in the retention of occupied land. Begin retorted that 24,000 square miles of territory were involved, that he was offering to return more than 90 percent of it to Egypt now, and merely postponing the soverignty question on the other 2,340 square miles — a figure which I assumed at the time was the area of the West Bank and Gaza.

It was a telling point, and Sadat decided to shift ground. He said we needed to discuss basic principles and not get bogged down in precise numbers of square meters or other details. One of the principles which could not be ignored was the phrase, “inadmissibility of acquisition of territory by war.” He said this was the essence of the question. He leaned forward in his chair, pointed his finger at Begin, and exclaimed, “Premier Begin, you want land!” Sadat reminded us that the disputed phrase was extracted directly from United Nations Resolution 243, which all of us agreed to be the foundation of our peace efforts. He was fervent in condeming “the Israeli settlements on my land.”

All restraint was now gone. Their faces were flushed, and the niceties of diplomatic language and protocol were stripped away…

Watch Groucho Marx and brother Chico (Leonard) in the Tutsi-Frutsi segment of A Day at the Races (1937) (length: 8 mins)

Listen to a famous Gandhi speech about God:
“God to be God must rule the heart and transform it.”

We coin a word in this book: obsoledge, which is obsolete knowledge. Our heads are filled with obsoledge rather than what we know. How much of what we know is already obsolete, or on its way to being obsolete?

What we’re living through now is a third gigantic wave of change which we believe is at least as powerful, and probably many times more significant and powerful as the industrial revolution itself. 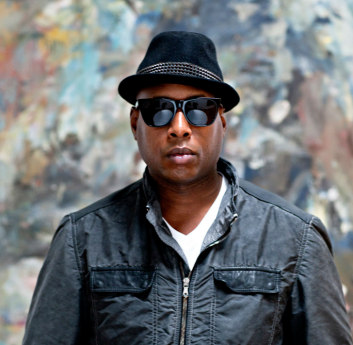 researching author birthdays
View all posts by litbirthdays →
This entry was posted in famous birthdays. Bookmark the permalink.