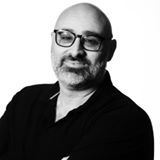 Excerpt from Guide to the Cinema of Stephen King:

Having achieved success with Carrie, Stephen King soon stepped up to confront the major archetypes of horror. He chose the vampire figure, a character in his 1975 novel Salem’s Lot, about writer Ben Mears who returns to his home town after a long absence and discovers that a mysterious and disturbing person has become established there. The story is an affectionate tribute to the history of horror in literature, but it’s also the first film of this genre to show the vampire as a leading character. In the more than 400 pages that make up Salem’s Lot, King deals with the theme of evil spread by contagion that has reached epidemic proportions. He makes an anonymous backwater into an impromptu setting for the Apocalypse.
The book sparked immediate interest by the major film studios, including Warner Bros., which two years later bought the rights in the wake of the success of De Palma’s Carrie. At first the project was going to be a feature film of about two hours, but none of the writers who had been entrusted with the script (including King) succeeded, and so production remained suspended for about two years until Richard Kobritz, a producer at Warner, decided that the story would be perfect for television.

Google Books preview of Guide to the Cinema of Stephen King

From its founding in 1912 by German immigrant Carl Laemmle (1867 to 1939), Universal almost immediately specialized in horror, debuting in 1925 a film adaptation of the novel by Gaston Leroux, The Phantom of the Opera (directed by Rupert Julian), where the frightening character of Erik, a brilliant but deformed musician who lives hidden in the cellars of the Paris Opera, was played by Lon Chaney. The film is rightly still considered one of the best interpretations of the novel, thanks to the fidelity with which the writers Elliot J. Clawson and Raymond L. Schrock followed the story as written, and to the extraordinary ability of the director to create a mysterious and dark universe with a striking gothic atmosphere in which horror mixes easily with romance.

Opening in theaters September 6, 1925, and costing just under a half-million dollars to make, The Phantom of the Opera is silent but extraordinarily rich in atmosphere and pathos. It represents the beginning of a long and legendary history that led to this great American production house becoming the very icon of horror cinema.

Lon Chaney’s monster finds inspiration in Murnau’s Nosferatu (he sleeps in a coffin), but he goes beyond that, representing on the big screen the idea of a man rejected by society who goes mad and decides to exile himself in the basement of a theater, a better place than the prisons and torture chambers where he spent most of his life. His obsession with Christine reflects an unconscious wish to nevertheless regain a little joy from life, something that has been taken away from him in a world where he has been marginalized.

Chaney’s performance hinges almost entirely on body language. More telling than his disfigured and partially covered face, in fact, are gestures that externalize his discomfort, as when he indicates with his hands the place where he sleeps, using a languid movement that transmits great sadness and melancholy.
Google Books preview of Universal Monsters

researching author birthdays
View all posts by litbirthdays →
This entry was posted in famous birthdays. Bookmark the permalink.